Livingston-Wheeler is a classic example of an alternative treatment that was popularized in a specialist clinic, not in a traditional cancer center. The founder believed all cancer is caused by a bacterium, Progenitor cryptocides, an organism that has not been described anywhere else. The treatment offered at the Livingston-Wheeler Clinic in San Diego, California consist of effort to strengthen the immune system by “detoxification” through diet and enemas and the administration of special vaccines. A study was conducted by University of Pennsylvania comparing patients with advanced colorectal cancer, lung cancer, pancreatic cancer, or melanoma. All had a predicted survival of no more than one year. There was no difference in survival between groups treated with standard treatment versus those treated at the clinic. This study refutes the clinic’s claim at having an 82% cure rate. 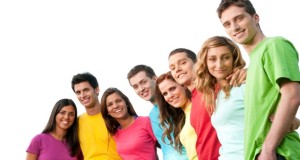 “Contrary to popular opinion, oncology has always existed next to alternative forms of therapy. Many chemotherapeutic drugs, like Taxol, are derived from plants. As oncologists, we support any treatment that has shown in scientifically controlled studies to show some improvement. Unfortunately, some of the more popular alternative forms of therapies have not shown any difference and in some situations, have allowed patients to progress because standard treatment was deferred or delayed.”

High-dose vitamin C was popularized many years ago with the claim that patients treated with vitamin C lived longer than those treated at a neighboring hospital. The thought was that vitamin C improved “host resistance”. A randomized trial was conducted with 150 patients with advanced cancer received either vitamin C or placebo. Survival was short in both groups but the vitamin C group did not do any better than the placebo group.

Laetrile is derived from apricot pits. In a study conducted with 179 patients with advanced cancer, 90% of the patients had disease progression within three months. Shark cartilage received much media coverage in the early 1990s following the publication of a book “Sharks Don’t Get Cancer”. 50,000 Americans were using shark cartilage in the mid-1990s. A study was conducted with 60 patients with a variety of tumors who had Stage IV disease. No improvement in survival or quality of life was noted. However, there does appear to be some benefit in shark cartilage in cancer treatment. It acts as an inhibitor to blood vessel growth and therefore, could help to cut off the blood supply to a tumor. A company in Canada is currently investigating this use.

The Bottom Line Is:

Do not defer standard therapies for something that promises cures or treatments without side effects. If it sounds too good to be true, it probably is too good to be true. Also, discuss any alternative therapies you may wish to pursue with your physicians. Some of these treatments can interact or interfere with chemotherapy and or/radiation therapy.