Lung Cancer – Lung cancer is the number one cause of cancer deaths in both men and women in the U.S. and worldwide 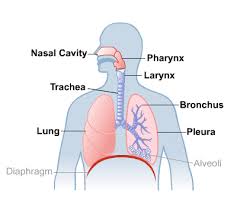 Role of Radiation in Lung Cancer

Radiation therapy is an integral part of most lung cancer treatments,  For some patients who have early stage disease, but are not surgical candidates, stereotatic body radiation therapy (SBRT) is a curative option.  This allows for a nonsurgical treatment to be delivered generally within one to five treatments. For patients with more advanced disease, chemotherapy and radiation therapy may be necessary.  The radiation therapy in this setting can be done with IMRT, IGRT or 3D conformal and may require a daily treatment for five to six weeks.  The physicians at the Cancer Center will work with your medical oncologist to design a treatment plan to suit your situation.