Skin cancer is the most common of all human cancers, with 1 million people in the U.S. ( approximately 75% of all cancer)  diagnosed each year with some type of the disease.  Skin cancer has been on the rise, although most cases can be prevented with skin protection to UV exposure.  Skin cancer is about three times more common in men than in women, and the risk increases with age. View our skin test here to evaluate your skin type. 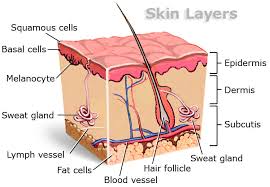 Most signs and symptoms of the different types of skin cancer are primarily found on parts of the body that are exposed to the sun rays.

Role of Radiation in Skin Cancer

Skin Brachytherapy is a safe and effective treatment option available at the Cancer Center for the non-melanoma skin cancers.  It is a painless, non-surgical treatment option that can be done in 1-10 treatment sessions.  Each session only takes about 5 minutes.

Below are examples of skin cancer before and after radiation treatment.