“Liver cancer is seen more often in men than in women. An average man’s lifetime risk of getting liver or intrahepatic bile duct cancer is about 1 in 81, while an average woman’s risk is about 1 in 196.” (American Cancer Society.org) 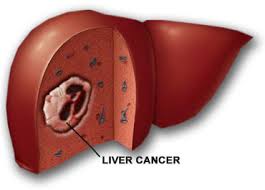 The purpose of the liver  is to filter the blood that circulates throughout the body, while converting the nutrients and drugs that the digestive tract absorbs into ready-to-use chemicals. The liver also helps in removing toxins and other chemical waste products from the blood for excretion. Because all the blood in the body must pass through the liver it is unusually accessible to cancer cells traveling in the bloodstream.

Liver cancer is either primary (arising within the liver) or secondary metastatic (coming from other parts of the body), which is more common. It is reported that in the U.S., primary liver cancer strikes twice as many men as women, at an average age of 67.

External beam radiation therapy will focus radiation delivered from outside the body to the liver cancer. Often this is used to shrink liver tumors and to relieve symptoms such as pain.  Although liver cancer cells are sensitive to radiation, this treatment can’t be used at very high doses because normal liver tissue is also easily damaged by radiation.  With newer radiation techniques such as 3-dimensional conformal radiation therapy (3D-CRT), doctors can better target liver tumors while reducing the radiation to nearby healthy tissues. This may make it more effective and reduce side effects.