“So, it’s more accurate to say that 1 in 8 women in the U.S. who reach the age of 80 can expect to develop breast cancer. In each decade of life, the risk of getting breast cancer is actually lower than 12% for most women.” (Breastcancer.org)

If you or a loved one has been diagnosed with breast cancer, it is important to understand what this means to you and your life. A tumor in your breast can be benign or malignant, which is considered to be cancerous. If the breast cancer is not addressed, malignant cells could eventually spread beyond the original tumor to other parts of the body. 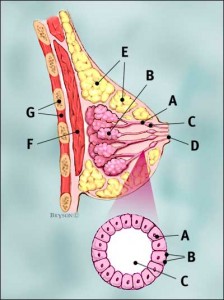 Usually breast cancer either begins in the cells of the lobules, which are the milk-producing glands, or the ducts, the passages that drain milk from the lobules to the nipple. Less commonly, breast cancer can begin in the stromal tissues, which include the fatty and fibrous connective tissues of the breast.

In its early stages, breast cancer usually has no symptoms. As a tumor develops, you may note the following signs:

The Role of Radiation Therapy In Breast Cancer 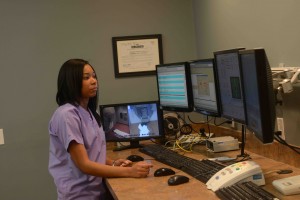 Radiation therapy is a highly targeted and effective way to destroy cancer cells in the breast that may still be in the breast or region after surgery.  It has been noted in studies that radiation can reduce the risk of breast cancer recurrence by about 70%.

Accelerated partial breast irradiation (APBI), is a form of radiation treatment (brachytherapy) that is completed after a patient has had a lumpectomy surgery.  It involves the insertion of a radioactive seeds through a special catheter that is inserted into the breast cavity where the lumpectomy occurred. APBI delivers a highly effective dose of radiation while greatly reducing treatment time.  Accelerated partial breast irradiation is usually performed about one to four weeks after a lumpectomy.  The device remains in place during the course of APBI treatment, usually about 8-10 days.

Partial breast irradiation is best for women who:

There can be a fear of radiation therapy, but it is a relatively easy process with little side effects. It is completely safe, but to view more about safety, click here. It’s important for you to know that there is NO connection between therapeutic radiation and the types of radiation in bombs and nuclear reactors. The radiation used in cancer treatment is highly focused, controllable, and generally safe.