What is Radiation Therapy

Home  /  What is Radiation Therapy

What is Radiation Therapy? 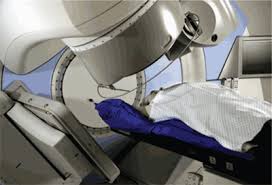 Radiation therapy is the use of high energy xrays, that are used to shrink and kill cancer cells.  Radiation is delivered with radioactive materials placed in the body, called Brachytherapy, or externally by a machine outside the body, also known as external beam radiation therapy.  Systemic radiation therapy will use a radioactive substance via the mouth or into a vein that will travel in the blood to tissues throughout the body.  Brachytherapy is done with small radioactive seeds placed directly into a body cavity or with the use of an applicator.  Radioactive seeds decay slowly over a period of time.  This type of treatment is an option for certain cancers such as prostate cancer.  This is generally a one or two day procedure.  If an applicator is used, it is placed in the body for a short period of time and then removed.  This treatment takes approximately 30 minutes and is done in one to ten sessions.

In general, external beam radiation therapy is given in smaller doses over a period of 5-6 weeks on a daily basis.   The total dose of radiation and the number of treatments can vary, based on:

How does Radiation Therapy Kill the Cancer Cells? 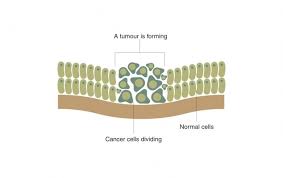 Does Radiation only Kill Cancer Cells?

Radiation can also damage normal cells, which can lead to side effects.  However, when radiation therapy is initiated, a precise mode or radiation treatment is planned, mapped out and executed in a manner that will affect any normal cells as little as possible and be effective in killing the cancer cells.

Why do Patients Receive Radiation Therapy?

*  Radiation given to shrink a tumor that is pressing on the spine or growing within a bone, which can cause pain.

*  Radiation given to shrink a tumor near the esophagus, which can interfere with a patient’s ability to eat and drink.